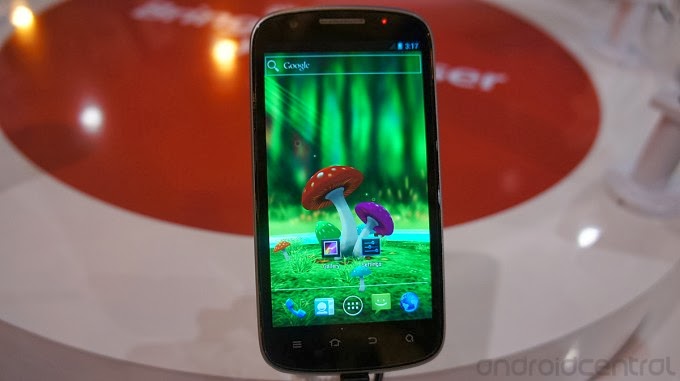 Chinese manufacturer ZTE made a nice impression in New Orleans this year, bringing with them a host of high-end smartphones and tablets proving that they’re playing in the Android market for keeps. ZTE introduced these devices in Barcelona at Mobile World Congress, but this marks the first American appearances of its high-end PF112, seen above.
And high-end is an understatement indeed. The PF112 is packing a gorgeous 4.5-inch display with 1028 x 720 resolution that adds up to a vivid, colorful experience. We’ve got a nice 8MP camera around back, and HSPA+ radios under the hood. ZTE still won’t dish on what processor it’s using, but based on how fluid Ice Cream Sandwich looked on the device, and the specs of its lower-end Era, we’d be willing to bet it’s a quad-core model.
One step down from the PF112 is the Era, that is second-in-command in ZTE’s flagship line. It’s packing a quad-core AP30 in-house processor, as well as the same 8 MP camera and HSPA+ radios as its older sibling. Where ZTE skimped a bit here is the display: at 4.3-inches, the Era is packing qHD resolution with TFT technology. Like the PF112, the Era is running Ice Cream Sandwich with little if any customization from ZTE.
As you’ll see in the photos and videos after the break, ZTE definitely put some thought into its Android offferings. Spec-for-spec, the flagship devices match some of the best phones on the market today. We don’t know if that’s enough for ZTE to make a splash here in the United States, though, especially considering the lack of LTE on its flagship line. We’ll keep our eyes and ears peeled for a release date, and we’ll be sure to pass along the information as it comes in.
News Smartphones