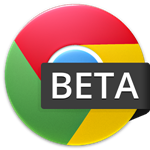 If you're running the Chrome Beta on your Android device, prepare for an update. Chrome v32 is rolling out to the Play Store, and it includes a few improvements and fixes. Being a beta, there are also some known issues to be aware of. Here's the good stuff from Chrome 32 for Android:
And the not so good:
If you want to try the Chrome Beta, use the link below as it won't show up in searches. There are usually a few bugs like the ones listed above, but you get new features before the stable channel.ù