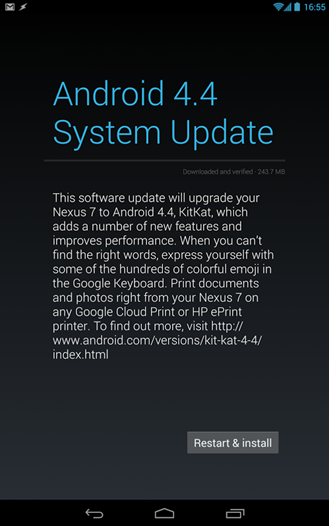 Hooray! Shortly after the Nexus 4 OTA zip link was finally discovered, we can now say the same about both data-connected Nexus 7s - the 2012 3G edition and the 2013 LTE. These are the last devices we didn't have manual update links for, so now it's safe to say that the KitKat Nexus rollout has been fully completed.
As to not repeat the same flashing instructions, I'm going to direct the 2012 3G owners to this post and 2013 LTE owners to this one. Just download the correct files below, and you should be good to go.