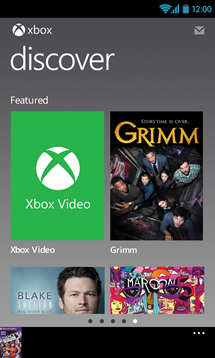 Microsoft has already dabbled around with expanding the Xbox Live experience to mobile devices, but if a recent report from The Verge is to be believed, the company may be about to ramp up its efforts significantly. Our good friend Sources, who is familiar with Microsoft's plans, claims that Microsoft is building a platform that would extend Xbox Live functionality to Android and iOS. Instead of using Google Play Games or Apple's Game Center to track achievements, find other players, and compete with one another, you would be able to use Xbox Live instead.
The news follows a recent rumor-stirring Microsoft job posting, which reads:

Your contribution will have direct impact on how we win back our game developers from our competitors. As a member of the newly formed team, you will have the rare opportunity to influence our planning and design from the beginning. We will create a modern framework that is open source, light-weight, extensible and scalable across various platforms including Windows Store, Windows Phone, iOS and Android.

This development would not be out of line with Microsoft's previous efforts. Microsoft's Xbox Live app for Android already lets gamers modify their avatars, track achievements, and connect with friends. The company's SmartGlass app is also offered on the Play Store, along with an Xbox Music app.
The potential is there, but only time will tell if Microsoft has what it takes to up its game.
Via: The Verge
Tags:Android Games ios microsoft multiplayer xbox Xbox Live
﻿
Posted by adnane
Share to: