See 12 minutes of the new HTC M8 in this video 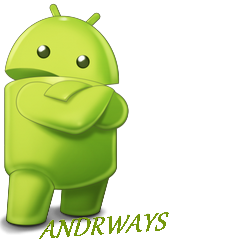 Update: The video has been pulled. We figured this would happen, and hope everyone got a good look. Insert sad trombone sounds right about here.
Looking for information about HTC's upcoming HTC One successor (no, it's not the "All New One")? Youtube user GadgetReviews has one total video published, but it just happens to be 12 minutes of hands-on love with the HTC M8.
From the looks of things, we're seeing a very recent prototype (from February 19) of the AT&T branded unit. It's not a final version, as the software information is "Protected" — we're guessing it's running Android 4.4.2 and HTC Sense 5.5 — but it seems mostly production ready from the design point of view.
The software itself seem very similar to the current HTC One, with some serious changes in the camera interface. The outside of the phone keeps the familiar HTC One look and feel, with the addition of an extra camera that the reviewer hasn't found a use for in his unit.
HTC hasn't given many official clues just yet, but it's a given that we'll see everything there is to see about the M8 next month in London and New York. In the meantime, be sure to watch this one in case it disappears down one of the tubes!
News