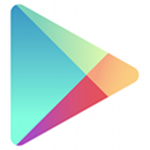 When Flappy Bird left the Play Store and Apple's App Store, it left a vacuum. And since it was pulled, that vacuum has been pulling in all kinds of lint, in the form of knockoffs, clones, or games that simply want to use Flappy Bird's success as promotion for their own games.
It would seem, though, that Google (along with Apple) has begun taking steps to prevent the store from becoming overrun with such entries. As Tech Crunch reports, multiple developers have complained that Google Play, the Appstore, or both have rejected their recent Flappy efforts, multiple times in some instances.
Even as Google and Apple take action against a few late-comers to the Flappy party, there is still a lot of work to be done. A cursory search of the Play Store reveals a flood of Flappy clones that have yet to be taken down, including Flappy Fish, Flappy Fins, Flappy Tappy, Flappy Pig, Flappy Cupid, Flappy Bee, Flappy Troll, Flappy Doge, Flappy Flying, Flappy Crow, Flappy Hipster, Flappy Plane, Flappy Hungry Shark (points for adding one word to the title), Flappy Crocodile, Flappy Soccer, and plenty more, for a total of approximately 250 Flappy Somethings in Play's search results, all flapping desperately for attention.
According to developer Ken Carpenter (cited above), Google did not provide any warning before yanking his game Flappy Dragon. As Tech Crunch reports, Google cited the Play Store's "spam" policy as the reason for taking down the listing. Carpenter explains:

The message they sent me simply referenced the ‘spam’ provision of the Google Play terms and did not specifically call out what my transgression was.

Google's action here may seem inconsistent, but we can only hope that this is the beginning of a more uniform and fair action against the myriad clone games flooding the market. Since, at the time of writing, it's a weekend, Google is unlikely to respond to requests for comment until at least tomorrow, but we will update the post if and when Google offers an official statement.
Source: Tech Crunch