The Voice: On Stage StarMaker Interactive 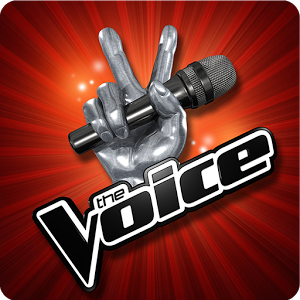 This is The Voice: On Stage! The official game for the worldwide hit TV show The Voice. Sing your way through your favorite songs from The Voice to unlock more songs and free music!
• Karaoke + Auto-Tune™! • See which notes you need to hit and then listen to your song with real Auto-Tune™! • Can you turn all 4 chairs?
StarMaker's apps including the “The Voice: On Stage” are the only karaoke games with genuine Auto-Tune™. Sing, record, and compete with over 250 hit songs, then share your recordings using Facebook, Twitter, and email! Get started with free tokens and sing to earn more. Then subscribe for as to sing every song! Score high by singing your favorite song lyrics and hitting the right notes. Earn tokens for free songs and work your way up the ladder to pop stardom!
New hit songs released weekly, including songs from The Voice:
• Miley Cyrus - "Wrecking Ball"
• Lorde - "Royals"
• Miley Cyrus - "Adore You"
• OneRepublic - "Counting Stars"
• One Direction - "Story of my Life"
• Eminem featuring Rihanna - "The Monster"
• Imagine Dragons - "Radioactive"
• Bastille - "Pompeii"
• Passenger - "Let Her Go"
• A Great Big World w. Christina Aguilera - "Say Something"
• Taylor Swift - "22"
• Daft Punk - "Get Lucky"
• Capital Cities - "Safe and Sound"
• Katy Perry - "E.T."
• Rihanna - "Stay"
• Selena Gomez - "Love You Like A Love Song"
• Beyoncé – “Halo”
• Ariana Grande - "The Way"
• Robin Thicke - "Blurred Lines"
• Ellie Goulding - "Burn"
• Drake - "Hold On We're Going Home"
• Anna Kendrick - "Cups (You're Gonna Miss Me When I'm Gone)"
• Justin Bieber - “Heartbreaker”
• Macklemore - "Same Love"
• Lady Gaga - "Applause"
• Bruno Mars - "Grenade"
... and many more!
SOMETHING FOR EVERYONE
The Voice: On Stage has songs that span a broad spectrum of musical genres:
- Pop sensations like Miley Cyrus & Bruno Mars
- Hip Hop stars such as Drake & Nicki Minaj
- Classic karaoke ballads like the Cranberries & Whitney Houston
- Electronic music such as Calvin Harris & David Guetta
Better than yesterday's karaoke, now sing your way to the top of the charts and see how many votes your recordings earn on www.StarMakerStudios.com.
NOTE: Headphones with a microphone are recommended for recording on any device.
SUBSCRIPTION INFORMATION
"The Voice: On Stage" app offers a subscription package that unlocks unlimited access to the app’s Weekly Songblast including new songs we release every week as well as the entire existing vast catalog of songs.
1. Payment will be charged to your Google Play account upon confirmation of the purchase.
2. Subscriptions will automatically renew unless auto-renew is turned off before the end of the current period.
3. You can manage your subscriptions and turn off auto-renew by going to your Account Settings after purchase.
4. Subscriptions are non-refundable and may not be cancelled during an active subscription period.
Privacy Policy: http://www.starmakerstudios.com/privacy
Terms of Use: http://www.starmakerstudios.com/terms
Under License: Talpa Media Holdings
https://play.google.com/store/apps/details?id=com.starmakerinteractive.thevoice
Posted by adnane
Share to: